Thanks to valuable resources, sound and recognized skills, and the experience accumulated over the years, nowadays the company is in a growing leadership position in the gardening world.

Ipierre products are the result of a commitment to quality research and the purest expression of refined technique and unmistakable design, distinctive signs that declare uniqueness and excellence.

Ipierre is a proud ambassador of Made in Italy, and the essence of Italian style is apparent in the product lines.

Quality, exclusive solutions in constant evolution that take care of every garden, whilst respecting the most precious resource: water. 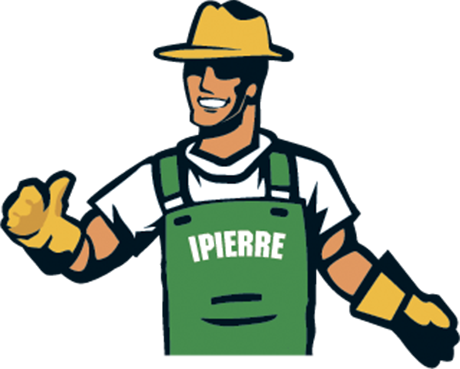 For the near future

The company renews its values and is committed in order to make the best human qualities emerge: intelligence, energy, positive attitude, reliability, creativity and team orientation towards goals.

Ipierre is simply an acronym, made up of the three initials, which have always characterised its founder, Ingegnere Pietro Rossi.

In his time, or rather, nearly fifty years ago, it was unthinkable to escape from your degree title; however, precisely in cases such as this, his title was characteristic of his personality, it merged with his character, he represented the role.

The "Engineer" succeeded at his company, founding it first and foremost, but at the same time, providing the ideas that were later converted into successful products.

As of 2013, Ipierre's story became favourably entwined with that of the Ferrari Group and this unity brought both companies to continually and better pursue top-quality products and provided services, in a highly competitive context.

Ipierre continues to innovate and renew itself, to follow the needs of the market, with the strength of its ideas and the skills of its resources, values that are in the company’s DNA.

At the beginning, our slogan was "Ipierre and the garden", however quality prospered so much so that we can now say: "Ipierre Is the garden"

Times change, products evolve, but winning philosophies always stay the same.
This is why Ipierre is unique.